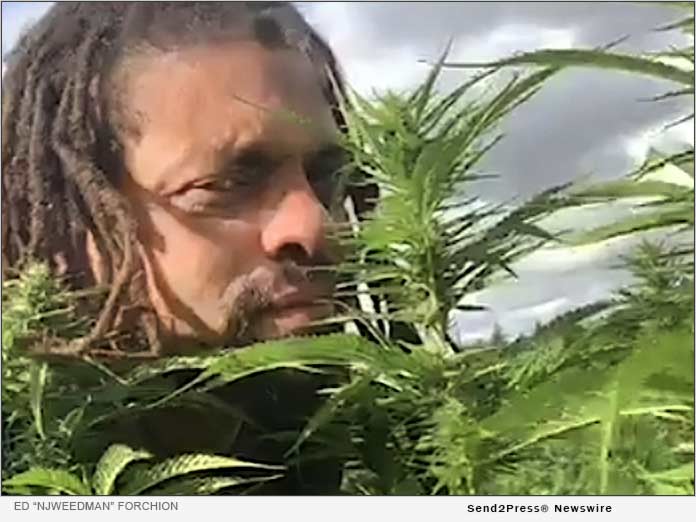 Forchion notes that under the current developing legislation, marijuana will still be illegal and in fact, criminalized, in underserved communities.

In a 40 plus page document, filed at the United States District Court for the District of New Jersey, Forchion seeks to have the “Court declare unconstitutional and invalid the application and implementation of the ‘Constitutional Amendment to Legalize Marijuana.'” Forchion asserts that the Regulated Cannabis Act, as the amendment is referred to in the lawsuit, “deprives him of equal protection and due process under the United States Constitution and subjects him to selective prosecution.”

Forchion notes that the state unfairly allows Compassionate Use Medical Marijuana Act (CUMMA) dispensaries to possess large amounts of marijuana in violation of federal law while prosecuting individuals such as himself. Forchion, a long-time marijuana activist, has had numerous marijuana related prosecutions brought against him by the State of New Jersey, including a pending matter.

In addition, Forchion proposes that voters were duped into believing that they were voting to legalize marijuana, while unwittingly sanctioning a cannabis industry which only grants legalization to a majority of Caucasian owned corporate entities while criminalizing individuals of color, who in effect will not be granted similar market access.

“This new Caucasian corporate cannabis industry is a sham,” apprizes Forchion. “Politicians are in cahoots with corporations to take over and control what is now a multi-billion-dollar industry while excluding the existing marijuana market. We are witnessing systematic discrimination. Only ‘regulated cannabis’ which is defined as the pot sold by dealers licensed by a new bureaucracy called the Cannabis Regulatory Commission will be allowed in the marketplace. But individuals possessing and selling marijuana – such as myself, will still be in violation of the law. The community that paved the road for legalization and paid the price with incarceration and felonies, are being locked out of the ‘new’ industry and will continue to be locked up.”

“It’s the cocaine vs. crack dilemma all over again,” explains Forchion, “similar to the war on drugs when prison sentences were handed down to people of color for using crack cocaine, while individuals, who were most notably white, were hardly prosecuted for using powder cocaine. Our State Attorney General Gurbir Grewal is on record stating that the new amendment does not authorize ‘unregulated marijuana.’ New Jersey is subtly creating a distinction between ‘marijuana’ for the masses versus state ‘regulated cannabis’ for the establishment,” cites Forchion.

New Jersey has come under mounting criticism since the recent passing of legalization. Politicians, community activists and the media have taken the state to task for attempting to push through a corporatized cannabis culture that doesn’t seem to best serve its constituents. Headlines have drawn attention to the state’s blatant interest in profits over compassion. In fact, lawmakers’ first attempt at enabling legislation has been halted amid growing criticism. The number of licenses set aside for Black and Latino communities in the bill has been widely criticized and advocates have demanded more opportunities be extended for people with criminal records for low-level drug convictions.

Forchion, whose lawsuit positions him squarely amid the ongoing conflict, is no newcomer to battle. At cited in his lawsuit, he has been vehemently retaliated against in the past by the State of New Jersey. In 2002, he was jailed for advocating the legalization of marijuana. Forchion was held at the Burlington County Jail from August 19, 2002 until late January 2003 when United States District Court Federal Judge Joseph E. Irenas, U.S.D.J., hearing his civil rights suit, agreed that the state had violated Forchion’s First Amendment right to advocate marijuana’s legalization and ordered him released.

In 2016, Forchion and his partner, Debi Madaio, had their restaurant raided by Mercer County law enforcement authorities on marijuana dealing charges. Forchion was held without bail for over 400 days due to the retaliatory charge of witness tampering. He was acquitted by a jury and all charges were dismissed with no convictions.

Follow Ed “NJWeedman” Forchion across all social media at @NJWeedman and at https://www.njweedman.com/.