Simplifile, a leader in electronic document and data workflow technology for lenders, settlement agents and counties, today released quarterly figures summarizing the organization’s activities and achievements from January through March 2016. 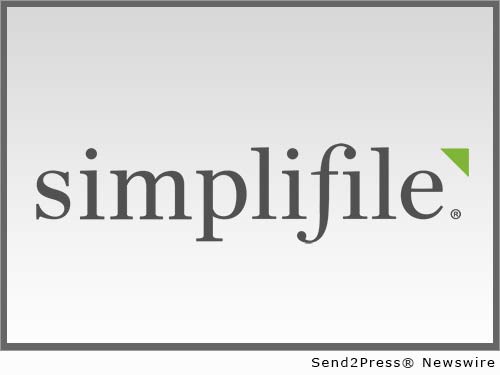 “County recorders are embracing e-recording at a brisk tempo that points to a growing awareness of the advantages offered by this technology,” said Paul Clifford, president of Simplifile.

The company announced the addition of 49 e-recording counties across 20 states during the first quarter of the year, bringing its total number of e-recording jurisdictions nationwide to 1,410. This sets a pace of about one new e-recording county every other day.

“County recorders are embracing e-recording at a brisk tempo that points to a growing awareness of the advantages offered by this technology,” said Paul Clifford, president of Simplifile. “The number of e-recording counties has grown steadily over the last several years, but it looks like we could be on track for a banner year in 2016.”

Using Simplifile’s secure, web-based service, customers ranging from title companies to banks, attorneys and lien filers can scan or upload and submit documents directly to the recorder’s office. In minutes, the recorder can review, stamp, record and return the documents back to the submitter electronically.

“We’re already electronically submitting land record documents to the tune of over 2.5 million documents per quarter, and the infrastructure is in place to support e-recording of three out of four transactions,” Clifford said. With its latest additions, Simplifile serves 39 percent of U.S. recording jurisdictions, including all 20 of the nation’s most populous counties. Simplifile’s e-recording county network is home to some of the nation’s most populous metropolitan centers, representing more than 75 percent of U.S. residents and the vast majority of all recording transactions.

Simplifile also saw significant first-quarter growth in adoption of its loan estimate and closing disclosure collaboration solution that enables lenders to share, receive and validate documents and data with their network of settlement agents. “Now is the time for lenders who’ve been on the fence to join with settlement agents and counties in embracing technology that makes real-time collaboration and post-closing easier, more compliant and more auditable,” Clifford said. The Simplifile Collaboration service provides a platform for collaborating on fee data, documents and transaction details and allows users to share changes, updates, deficiencies and statuses within one system, in real time.

High-speed internet access and a browser are the minimum requirements for customers to begin collaborating or submitting documents for e-recording through Simplifile.

In January 2016, Simplifile VP of Strategic Planning Nancy Alley was appointed to the Mortgage Industry Standards Maintenance Organization (MISMO) board of directors. Also in Q1, Simplifile was named to HousingWire magazine’s 2016 TECH100(TM) list. The TECH100(TM) represents the housing economy’s 100 most innovative technology companies. Simplifile was recognized for its dominance of the e-recording space and the release of its Collaboration and Post-Closing solutions for lenders and settlement agents.

Simplifile is an electronic document and data workflow platform that connects lenders, settlement agents and counties. Since 2000, Simplifile has grown the nation’s largest e-recording network and transformed the title and real estate industries. From e-recording to document sharing, collaboration and post-closing, Simplifile offers an array of services in one place to help users securely record, share and track documents, data and fees with ease.