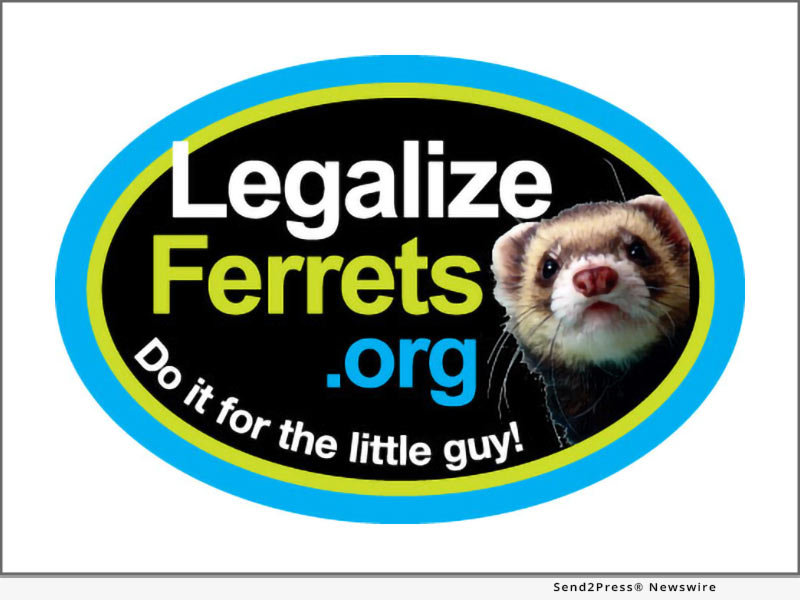 Since the civil code says domestic animals are legal:

There may be ownership of all inanimate things which are capable of appropriation or of manual delivery; of all domestic animals; of all obligations; of such products of labor or skill as the composition of an author, the good will of a business, trade marks and signs, and of rights created or granted by statute.

Every credible source, and even the name states – domestic ferrets are domestic animals Therefore we wanted to know if the state of California officially recognized the domestic ferret as domestic would that mean they’re legal? But we never received a reply from the AG.

* As the chief law officer of the state, the California Attorney General provides legal opinions upon request to designated state and local public officials and government agencies on issues arising in the course of their duties. The formal legal opinions of the Attorney General have been accorded “great respect” and “great weight” by the courts.

Supporters of LegalizeFerrets.org have asked their representatives to make this request without success. So, we filed a ballot initiative in hopes that the title and summary would answer this question.

It was a treacherous journey. The AG’s office ignored all our questions. We dealt with the Legislative Analyst’s office and the Secretary of State’s office – all successful; those people were friendly and helpful. But we could not get an answer on how to submit the ballot initiative from the AG until a Democratic Party activist with the state of Alaska gave us a contact phone number at the Secretary of State’s office. Anabel Renteria finally emailed us with the suggestion:

You can submit your initiative anytime, in person, at the following address:

Five weeks later the title and summary were posted on their website:

California law identifies ferrets as wild animals that are restricted because “such animals are undesirable and a menace to native wildlife, the agricultural interests of the state, or to the public health or safety.” Current law and regulations make it illegal to own ferrets as pets without a state permit.

No mention of the conflict between California’s civil code which allows ownership of all domestic animals and other, namely Fish and Game Code which says:

* FISH AND GAME CODE 2116: Put ferrets in a group of wild animals. Says they are “not normally domesticated in this state as determined by the commission.”

* FISH AND GAME CODE 2118: It is unlawful to import, transport, possess, or release alive into this state, except under a revocable, nontransferable permit as provided in this chapter and the regulations pertaining thereto, any wild animal of the following species: (ferrets are included in this list).

* (CCR), title 14, section 671: (a) It shall be unlawful to import, transport, or possess live animals restricted in subsection (c) below except under permit issued by the department. (You know ferrets are included in this list)

* (CCR), title 14, section 671: (b) The commission has determined the below listed animals are not normally domesticated in this state.

Why are these codes relevant but the civil code allowing ownership of all domestic animals isn’t even mentioned?

Why won’t the AG’s office even communicate with us? We have a very valid and sincere question.

Facts are stubborn things. No one states that the domestic ferret is a wild animal. No one believes they are “wild,” “undesirable,” or a “menace.” They are legal in 48 states without any negative consequences.