This April marks the 10-year anniversary of the Jumpstart Our Business Startups Act, or JOBS Act which is a law intended to encourage funding of small businesses in the United States by easing many of the country’s securities regulations, said Ruth E. Hedges, CEO of Rise Up Crowdfunding. 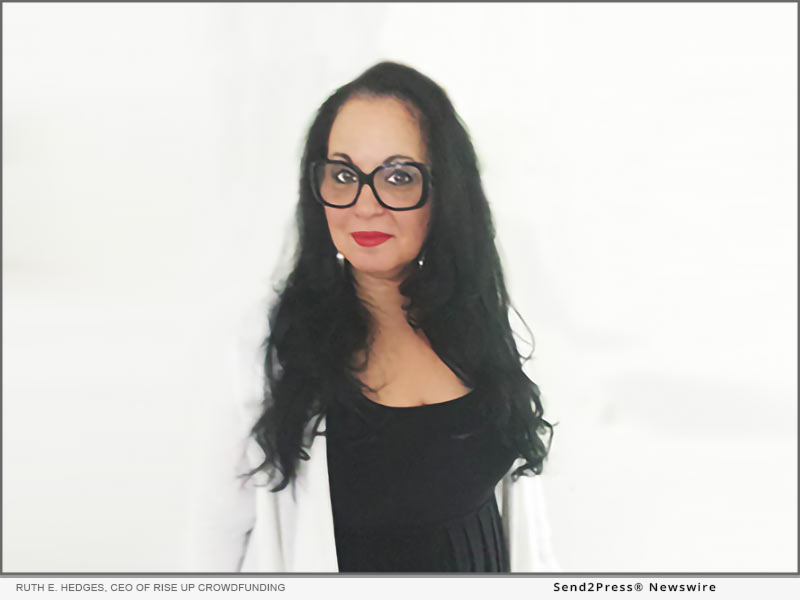 LAS VEGAS, Nev. /Mortgage and Finance News/ — This April marks the 10-year anniversary of the Jumpstart Our Business Startups Act, or JOBS Act which is a law intended to encourage funding of small businesses in the United States by easing many of the country’s securities regulations, said Ruth E. Hedges, CEO of Rise Up Crowdfunding. It passed with bipartisan support and was signed into law by President Barack Obama on April 5, 2012.

Back then, the country was filled with hope and change. But has anything really changed for small businesses 10 years later? Ruth E. Hedges certainly thinks it has but she also knows there’s still a long way to go.

Ms. Hedges was an integral team member that lobbied for and helped get the JOBS Act passed into law in 2012 ensuring that diverse entrepreneurs get greater access to capital to help them scale, grow and compete for contracts. The JOBS Act of 2012 also helped usher in Regulation Crowdfunding (also known as crowd-investing or investment crowdfunding). It’s a method of raising capital used by Startups and early-stage companies.

Essentially, regulation crowdfunding offers the company’s stock to the general public in exchange for capital. Each investor is entitled to a stake in the company proportional to their investment.

Hedges is a long-time champion for small businesses, diversity, equity, inclusion and wealth building. Her decades long work in these areas along with her tireless efforts to increase the power of diverse business owners and entrepreneurs across the world, have earned her the nickname: The “Queen of Crowdfunding.”

After the JOBS Act passed, Hedges went on to start and run the world’s first ever Crowdfunding Conference for seven years drawing attendees from all over the world to learn more about leveraging crowdfunding to help scale their businesses. Now, as the CEO of Rise Up Crowdfunding, she uses her passion and energy to continue manifesting her purpose – increasing the power of diverse business owners and entrepreneurs while simultaneously providing diverse populations a turnkey way to invest in companies that are a part of the New Majority in America.

“We are heading into a world where underrepresented groups are a more significant percentage of the American population, and as this number grows, the need to generate wealth within these communities has become necessary for the country’s future,” said Hodges.

“We are eternally grateful to President Obama for helping pass the JOBS Act of 2012 in order to help to level the playing field for access to capital for everyone and now, 10 years later, we unequivocally know that if small businesses had more access to capital, more could be done to grow the current batch of small and diverse companies eligible to apply for supplier diversity contracts thereby uplifting communities where those businesses are located through job creation, increased wages, tax revenue, and generational wealth,” added Hedges.

Rise Up Crowdfunding is the first funding portal focused on these key issue areas. Created by Ruth E. Hedges in collaboration with the Coca-Cola Company, Rise Up Crowdfunding is a coalition of leaders across industries and organizations committed to ensuring that diverse entrepreneurs get access to capital to help them scale and drive growth within the supplier diversity network. Other key collaborative partners are the National Veteran Business Development Council and the IWEC foundation for women.

April is also national financial literacy month. And, on Tuesday April 26, Ms. Hedges will be speaking on Capitol Hill about the integral role that crowdfunding can play to help small diverse businesses, specifically, Black businesses, scale and grow. Congress is launching the Congressional Caucus on Black Innovation and, given her tremendous expertise in the field of crowdfunding, Ms. Hedges has been asked to present and speak at the launch event. Her speaking engagement will provide an opportunity to contribute to the future policy solutions impacting Black people, with the ultimate goal of the Caucus being to produce an omnibus bill on how to foster Black innovation in America and beyond.

All throughout the month of April, Ruth E. Hedges and Rise Up Crowdfunding will continue manifesting the mission of the JOBS Act of 2012 and bringing to fruition the hope and change that was lobbied for a decade ago in order to help level the playing field for small businesses and diverse entrepreneurs in an unprecedented way.

“Now, more than ever, we should be teaching individuals about the value of financial literacy, economic empowerment and entrepreneurship instead of simply teaching them how to be good at consumption,” stated Ruth E. Hedges. “And the Rise Up Crowdfunding platform will accomplish all that and so much more,” she added.

Individuals interested in learning more about Rise Up Crowdfunding, Ruth E. Hedges or how they can support diverse businesses, can visit the website at: https://riseupcrowdfunding.com/.

Rise Up Crowdfunding can also be found on the following social media channels: https://www.linkedin.com/company/riseupcrowdfunding/

ABOUT RISE UP CROWDFUNDING:

Rise Up Crowdfunding is a new impactful collaborative equity crowdfunding process to help more Women, Black, and Brown, LGBTQ, Veterans, and all underrepresented minority founders and small businesses gain access to capital from the millions of people who (since the passing of the JOBS Act in 2012) can now invest a small amount of money in a private company online. Rise Up Crowdfunding leverages regulation crowdfunding to quickly reach people all over America that are looking for the capital they need to grow and scale bring their business in order to better compete for supplier diversity contracts or those individuals seeking to become an investor.